The BNPP Regional Police, serving the municipalities of Beresford, Nigadoo, Petit-Rocher and Pointe-Verte in northern New Brunswick since 1981, has grown over the last 41 years. Police work is no different than any other field in regards to keeping up with technology to meet the needs of the people you serve and the services you provide to the community.

As crimes become more and more sophisticated, so too are the methods for solving them. This site is just one way we hope to serve the population better by allowing them to help us resolve crimes surrounding the community while providing knowledge of the law.

We hope to inform the public on points of interest and interacting with the population by taking their information anonymously through the Internet. Our goal is also to increase the chances of bringing suspects to justice as well as educating the citizens on the various laws and regulations throughout our jurisdiction.

This site is your site, so please use it to your advantage and do your part to make your environment safe and crime free. 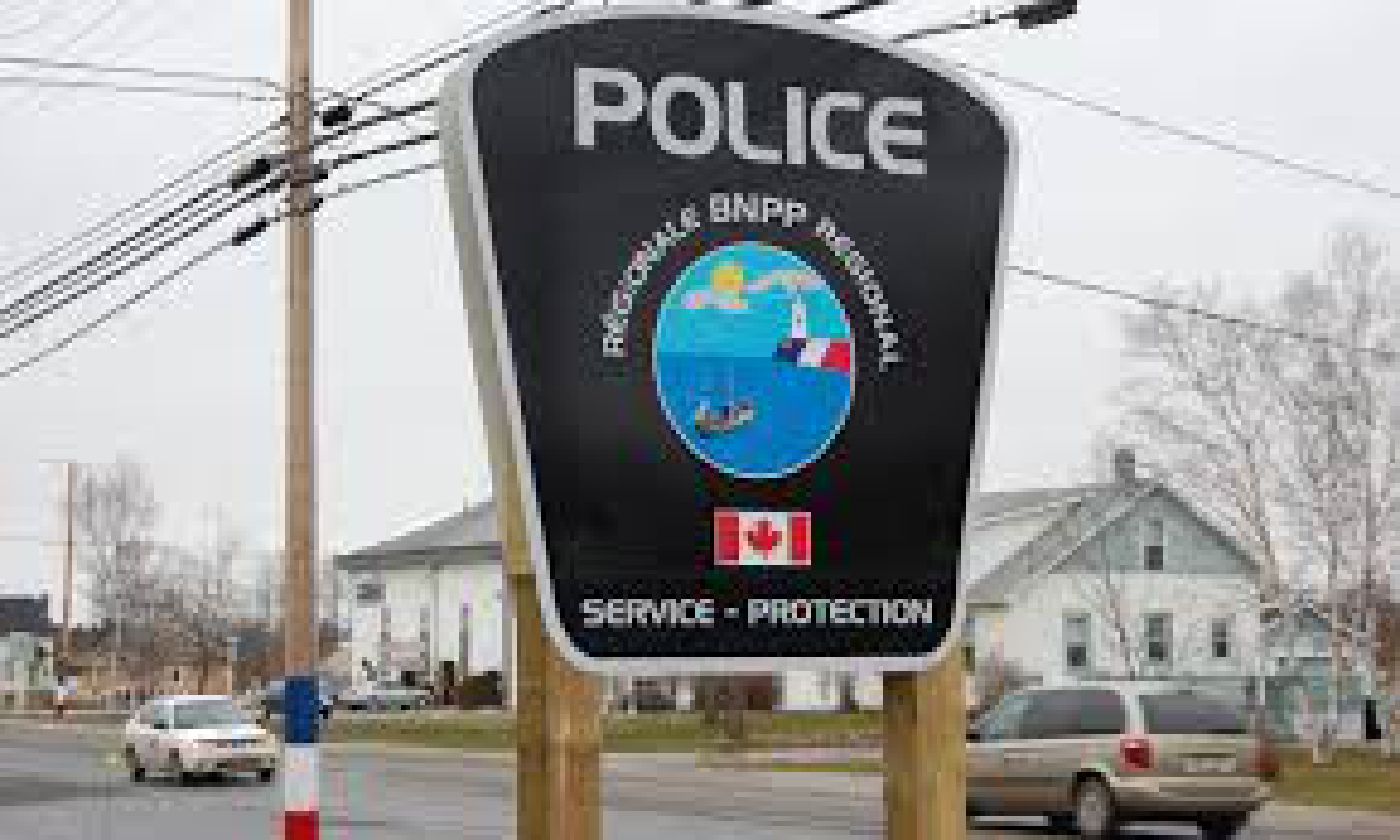 
To offer our citizens an increased protection of their life and their property in preventing and fighting crime in collaboration with the community and other police forces. The BNPP Regional Police has always been close to the community in the past and will continue to do so in the future.

Education and awareness of the population is a strategy that the BNPP Regional Police adopted since its conception. Involvement in the community is essential to the operation of any police force. The close contact of our police officers with students in the schools and with adults in various organizations has a direct impact on the quality of life of our citizens.

Our goal is to provide the best possible service while remaining cost efficient. Our mission is to service and protect.

The Provincial Auto Theft Network (PATNET) was formed in 2010 by IBC and the St.John Force following a recommendation by the Criminal Intelligence Service to establish information sharing and professional training and support for the property and casualty insurance industry and law enforcement agencies. As a co-founder, IBC provides training and workshops and participates in the sharing of information on jurisdictional trends and auto theft activity.

LOCK IT
In your vehicle

- Never leave keys in the ignition or in your car.
- Use your garage.
- Close windows and sunroof.
- Lock doors and activate security alarms.
- Take valuables with you when you leave your car: cash, credit cards, cellular phones, GPS devices, etc.
- If you have no choice, make sure valuables are locked in the trunk.
- Make sure your keys are secure at home and at work. Do not your keys on a key holder near the front door of your house.
- Always report suspicious activities to your local police.

The police station was officially operational October 22nd, 1981, and centrally situated in Nigadoo. At that time, the department served a population of over six thousand (6,000) with twelve (12) officers, one (1) secretary and the Chief of police. As of 2006, the population is eight thousand eight hundred and ninety-one (8,891). The police force now consists of seventeen (17) officers (15 men and 2 women), 2 administrative assistants and the Chief of police.

The coverage area is over 27 kilometers in length that runs along the coast of the Bay of Chaleur in Gloucester county, New Brunswick, Canada. Our staff provide service to the community in both official languages.

A great number of changes occurred with police work since the beginning of the eighties (80's). New police standards, which apply to all police forces to improve the quality of services at the municipal level, are continuously changing. These standards must be met so the police force can serve the public in a professional manner and its best interests.

The BNPP Regional Police is renown throughout law enforcement, in the province of New Brunswick, as a very professional service. The statistics show that we are one of the police forces with the best average of crime resolution.  Most of the officers of the BNPP Regional Police were founding members since its formation in 1981. The average years of service by our members is eighteen (18). This experience gives our police force an advantage with a good knowledge the law and of the community.

The reputation and the professionalism of the BNPP Regional Police demonstrates that the members are proud of their police force.

A bit of history

The BNPP Regional Police is renown throughout law enforcement field, in the province of New Brunswick, as a very professional service. The statistics show that we are one of the police forces with the best average of crime resolution.. The regional police force is one of the least expensive forces in the province of New Brunswick. Most of the officers of the BNPP Regional Police were founding members since its formation in 1981. The average years of service by our members is eighteen (18). This experience gives our police force an advantage with a good knowledge the law and of the community.

The reputation and the professionalism of the BNPP Regional Police demonstrate that the members are proud of their police force.   The photos below are a small example of the changes we made since 1981. 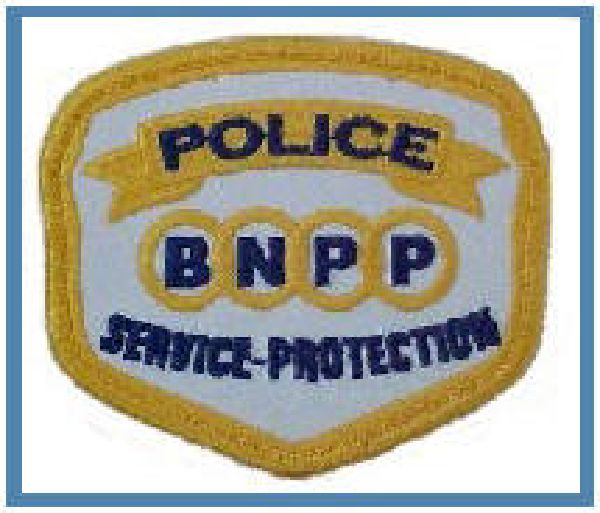 This crest was worn on officer's shirt and patrol jackets from 1981 to 2005.  During that time, we wore light blue shirts with dark blue  on the pockets and shoulders.

In May of 1996, feeling the need for a change in our uniforms, we made the change to a dark blue shirt which appeared more modern.  The BNPP has always worn a blue stripe on the pant legs opposed to most municipalities that wear red. 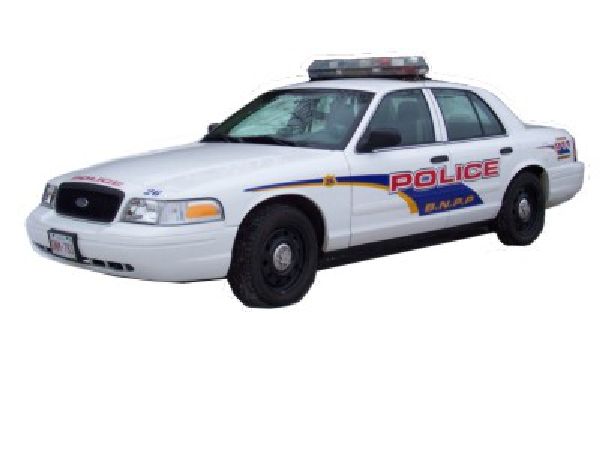 The Crown Victoria was the car of choice.  It's large interior made it easier for officers to work longer hours behind the wheel.

In 2010, our patrol car were all black making a change from the period color white.

In 2012, white doors were added and because car manufacturers were no longer making larger sedans, the Ford Taurus, in all-wheel-drive, was chosen as our patrol fleet.